New stuff-and the problematics about new

I'm working on two new numbers at the moment... One that I've had an 'idea' about for a really long time, the other that came to me after I bought this *gorgeous* outfit from Renea Le Roux. I've noticed that a lot of us burlesquers seem to have, what I call, a "brain-in-common" when it comes to ideas or music, usually in the same time period as well :) I've been playing around with the idea to a specific song for a year now but not really having a clear vision of what I want to do -and then TA-DAH! -I found out someone else in my close circles was thinking in similar lines!

Well, what the heck. We talked about it and decided that we'd do it anyways: both of us, because it will still be different. It's obviously not a looked-after situation since we all try to create unique things but then again asking around, doing the research and being open and respectful about things helps. The numbers evolve, music and outfits change (a lot of the time, over time) and sometimes you just might end up at a venue where someone else is doing "your" song. I guess it's just about trying to make it your own style, not copying someone else's routine or outfit. At this point, a lot of stuff has been done. That said, it's NO excuse to be lazy about your homework *before*. Getting a bit *too inspired* can be a problem. The signature things are, and should be, off limits to everyone else apart from the person who invented them, tributes aside. You just don't want to be compared to the original, do you? They do it so much better anyways. Copycats can be a bit tedious as well ;) 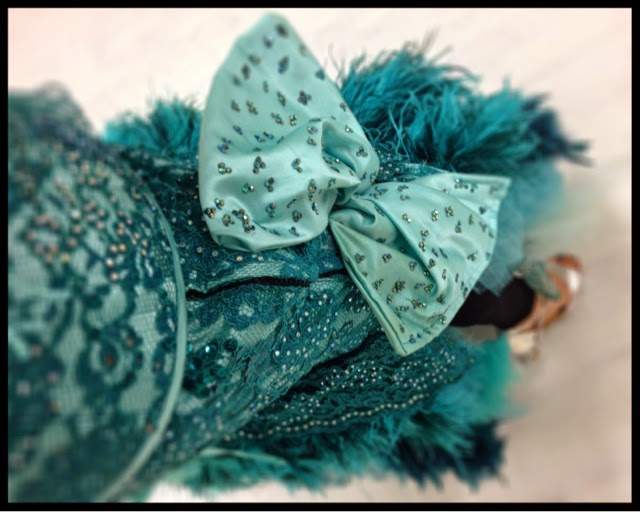 I know I might be taking a risk, performing in this outfit from another well-known performer. I have not seen her number, either. But I hope that I can do her and her magical costume proud with this number I've cooked up :) 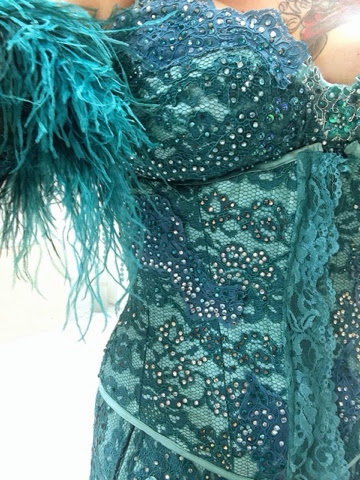 Hope you all have a fab weekend!
Posted by Gigi Praline at 9:39 PM No comments:

Ahoy!
This Thursday is the grand opening of a monthly burlesque club in Helsinki, hosted by Bettie Blackheart! Hope to see you here! 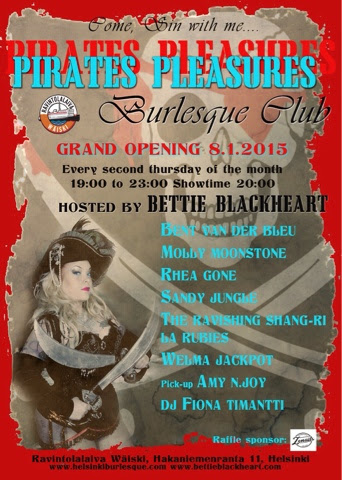 Posted by Gigi Praline at 1:08 PM No comments: