#HELBF15 is ON next week and I´m stoked about everything about it! I´m bringing a new act for Friday, helping out with the backstage catering, taking many wonderful workshops and getting to meet old and new peeps <3 Simply put: bloody marvelous!

One of the absolute favourite performers is Mr. Gorgeous from New York. I had the pleasure of seeing him on and off stage at the Vienna Boylesque Festival last May and yes, he is as gorgeous and *tall* as he seems. The perfect Clark Kent-image that he brakes with the most immaculate comedic timing. He is a real sweetheart as well, being genuinly *nice* to you. He´s also a costumier, I got hubby a pair of his tiger-swimtrunks for our trip to the Keys :) We´re taking his acrobatics workshop next week Sunday -yikes!

Anyway, if you don´t have ticket for the Helsinki Burlesque Festival you ARE seriously missing out!
I´m hoping to see this act again live... <3 Mr. Gorgeous in Vegas 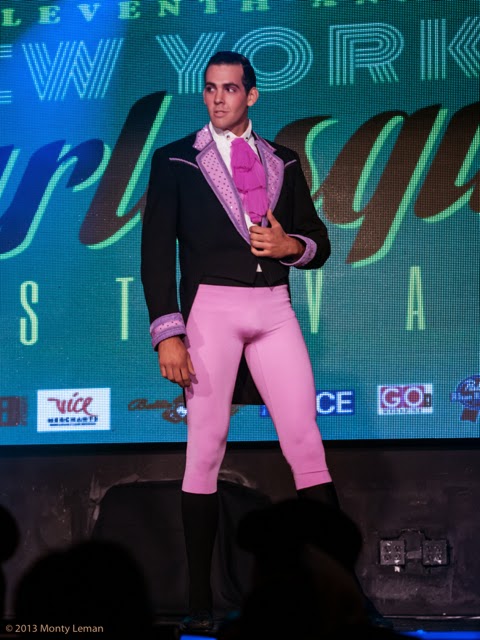 Posted by Gigi Praline at 11:55 AM No comments:

This weekend you´re in for a treat around the cities of Tampere and Hellsinki! Burlesque Blossoms, which is the new version of newcomer´s night organized by Burlesk Instituutti, will take place tomorrow night at Ravintola Kaisaniemi! So if you´re in the capital or there abouts be sure to go there! Me and the rest of Thee Daisies are heading up to Tampere for the Teerenpeli Tease! We have the pleasure to share the stage with Valentine Del Pearls (FRA) and Tampere´s own The Finnish Blonde Burlesque Troupe as well as the host for the evening, Olli Siikli.

If this won´t keep your Valentine´s Day going, I don´t know what will <3

Posted by Gigi Praline at 9:09 PM No comments:

As a burlesque performer I´m quite aware that there are a lot of photos of me out on the interwebs where I´m not, as some say, "properly dressed". In the beginning of my performing career I tried to keep my burlesque-persona and my day-job-one separated but as years have gone by I´ve realized the problematics that happens around things like this. Being a teacher by day I´ve had my share of questions about combining these two jobs (no-one ever asks about my job as a sex.councelor by the way!) and I´ve come to realize that I have to speak up. I´m not doing anything illegal. I´m a forty-year-old woman who is performing an art form that includes stripping down to very little (but never nude). I also know I´m very lucky for a number a reasons to be able to be "out from the closet" with all parts of my life because I know not all performers can´t, or want to, do this.

It´s usually people who have never *seen* burlesque who are the most intimidated. As Tigger! put it: getting naked is political. I´m very aware that not all burlesquers think like this but I have to say I agree to some degree... When it comes to who is "allowed" to show their bodies in our Western culture I am making a point when I perform. Me: a middle-aged woman with a far-from "perfect" body, taking my kit off in front of people, laughing at the norms of our society and laughing at myself -AND allowing the audience to laugh WITH me, on MY terms- it sure as heck FEELS political!

I had wished that being a Finn and coming from a culture where nudity is far more a part of every-day-life (compared to the e.g the US) I have been surprised and a bit sad about the fact that a lot of the comments on burlesque performers is negative and only dissing in ways of "s/he shouldn't take her/his clothes off  'cause s/he´s FAT" or something similarly stupid that totally misses the point of this art. This mostly happens online, of course, as most he hating does these days. At shows the response is very different, comments I get afterwards has always been very nice. A lot of people call us performers "brave" but I guess this goes with the political part I mentioned in the beginning. More than bravery I think a performer needs hours of rehearsals, costume fittings and a bloody good idea for a number to make it look good and easy :)

I´ve decided not to post any of my performance videos online, just because I don´t want to ruin the experience for a live audience. A live show is *never* the same and few of the videos are that good. I am working with a photographer on a show reel though, to give producers an idea what I´m about. But I´d rather not have whole numbers online. I have them yes, but mainly as learning material and for the occasional festival appliance :)
I´m trying to be particular about the pictures I post here or on my facebook these days - I try to avoid pastie/tassel pics ...again, I think it´s giving the ending away. This is NOT saying that I frown upon people who post those!!! I´ve done it, but this is where I am right now. Pondering. I love the boob-shots, keep them coming! I might join you at some point, who knows.

What I don´t like is when people take pictures DURING a show. Firstly: you´re not really watching the show are ya? And I´m not talking about the professional photographers. I mean those with their phones up in the air, trying to catch a glimpse and usually getting some really horrid shots...THOSE pics I have a problem with. (*edit* the pics I´ve seen on blogs etc of shows that are nice (even if taken with phones)  I don´t have a problem with. I´m talking about the ones that you would not post about yourself. You know the difference)

Let´s put it this way: would you want some blurry pictures of your crotch online? Or that photo with your face looking like an (involuntary) Halloween-mask? No? Well...
The pro´s often send you all their pics after the show and you can choose the one that get´s published. It´s common manners. I guess what I´m trying to say here is: be polite. Talk to the performers and ask permission. There are some performers that want NO pictures taken when they perform but usually the host will tell this beforehand.
Put away those phones, enjoy the show live! This goes for any live shows!

There´s a helluva lot of shit getting posted online without the consent of the ones in the pictures (or videos), much more nude than burlesque. Somehow the discussion seems to be concentrating on that it´s the fault of the person (usually a female) who posed for the photos in the first place. It´s as ridiculous as the discussion about rape where it´s the victims fault just because she wore a short skirt.

Watch this video: Emma Holten is both brave and kickass. 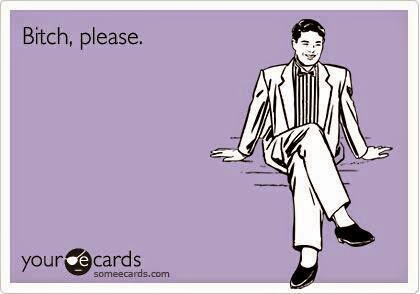 Posted by Gigi Praline at 11:11 PM No comments: